Tags: Success Stories
Back to News 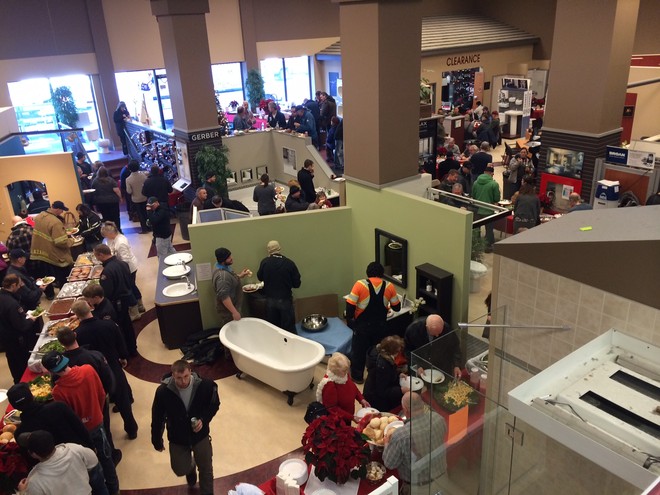 Edmonton North Side hosted their Annual Customer Appreciation Luncheon Thursday, Dec 19. The event was a huge success with over 500 customers attending and 18 manufacturers participating.

Part of the event featured a contest where attending customers could win 1 of 10 awesome prizes. Everything from an Apple iPad to Delta Touch Faucet, A basket of chocolates and a Keurig coffee maker. The winners needed to visit 10 vendor tables to have their entry card stamped and then place their card in the draw box. The winners are outlined below:

8. Ray Desautels won a Wine & Beyond gift card (from Canplas)