Tags: Announcements
Back to News

Robert Whitty has announced his plans to step down as President and CEO of Bartle & Gibson Co. Ltd. effective February 3rd, 2020. Robert will remain with the company in an advisory role until his official retirement in June of 2020. Robert has worked for Bartle & Gibson for over 41 years serving as President and CEO for the last 18. Robert will be succeeded in his role by Martin Lower effective February 3, 2020.

During Robert’s tenure and leadership Bartle & Gibson has grown and flourished into a company that is well respected in both the Plumbing and Electrical Industries. His belief that relationships, honesty and integrity are at the core of the wholesale business served as a valuable guiding principle for the company. Robert has made significant contributions to the electrical and plumbing industries including representing Bartle & Gibson as an active member in the AD Electrical and AD Plumbing buying groups and serving a term as Chairman of the Canadian Institute of Plumbing and Heating.

Martin Lower has worked at Bartle & Gibson for 14 years serving as the Director of Finance for the last 11. Prior to working for Bartle & Gibson Martin worked in real estate development and public practice accounting. Martin is a CPA and obtained his Bachelor of Science degree from the University of Victoria.

“Although there is a change in leadership, our focus on exceeding our customers’ expectations will remain. I look forward to working with our exceptional group of employees and supplier partners who are committed to delivering an industry-leading combination of service and products to our valued customers.”

Bartle & Gibson is a Plumbing, Heating and Electrical distributor based in Western Canada serving trade professionals and consumers. The Company was established in 1944 and has grown to 31 branches with over 450 employees. 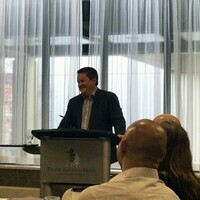 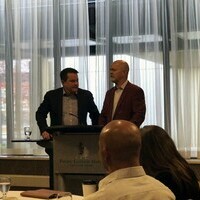