Now Western Canada’s premier plumbing, heating, and electrical distributor, Bartle & Gibson was founded by two Canadian businessmen who wanted to focus on relationships with customers and suppliers. In 1944 Charlie Bartle of Victoria, BC, and Cecil Gibson of Vancouver, BC, each started a store in their respective city, and Bartle & Gibson opened its doors for the first time.

1951 marked the company’s first expansion, with a branch opening in Edmonton, Alberta. Over the next 20 years Charlie and Cecil would see their business expand to cover most of Western Canada, including Calgary, Yellowknife, and Surrey. A service expansion in 1983 added electrical products to the distribution portfolio.

Today Bartle & Gibson consists of 31 branches spread throughout Western Canada, which are supplied by 3 main distribution points. Our continued growth and expansion is due in no small part to our dedication to provide exceptional service to all our clients, suppliers, and employees. We continue to be the privately owned, 100% Canadian organization that our customers have come to trust since 1944. 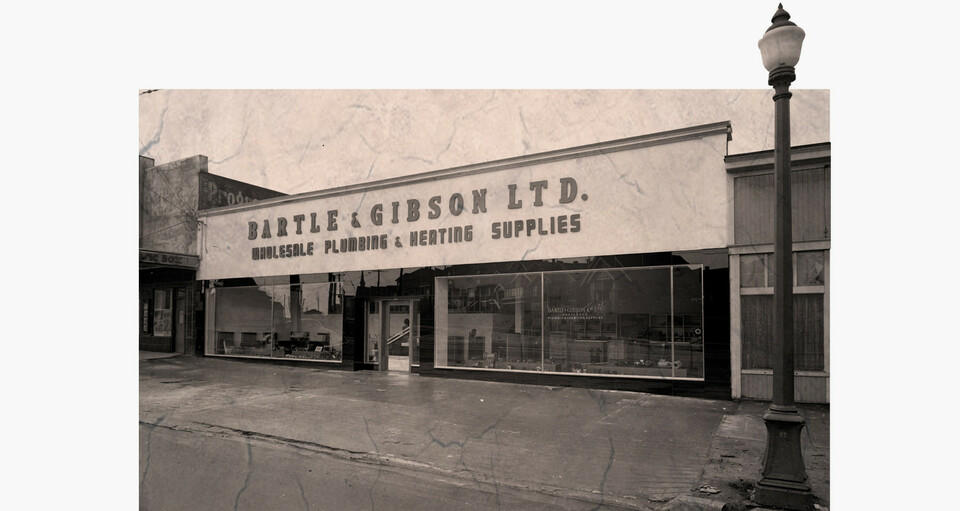 Since we opened our doors in 1944 we’ve found there’s one truism that not only reflects our philosophy, but guides much of Bartle & Gibson’s operations.

Look after your customers the way you would want to be looked after, and business will look after itself.