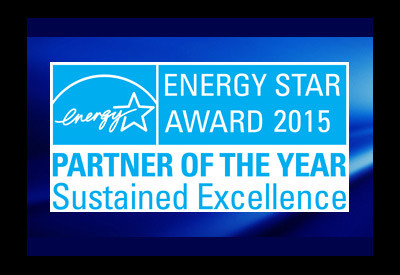 Philips has continued to drive the adoption of energy-efficient LED technology by working with utility partners that encourage switching to LEDs through incentive programs, as well as working with retail, energy and commercial partners to drive education and awareness of the benefits of the technology. In 2014, the company grew its utility rebate program by 24%, translating into millions of dollars in incentives for consumers.

The 2015 Partner of the Year – Sustained Excellence Awards are given to a variety of organizations to recognize their contributions to reducing greenhouse gas emissions through superior energy efficiency achievements. These winners have reduced greenhouse gas emissions by setting and achieving aggressive goals, and employing innovative energy efficiency approaches. These awards recognize ongoing leadership across the Energy Star program, including energy-efficient products, services, new homes and buildings in the commercial, industrial and public sectors.