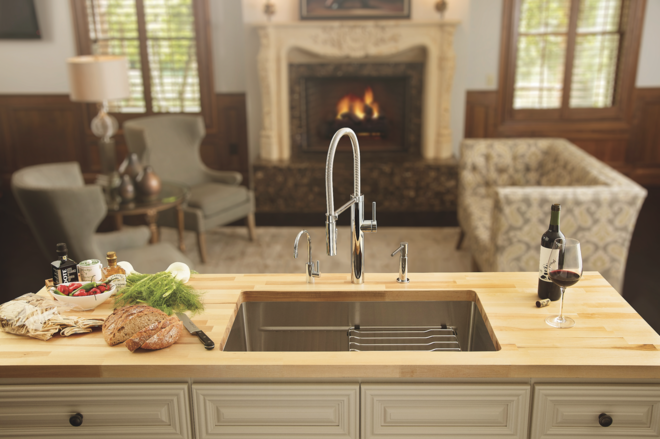 It’s fascinating to think of the things that change over time.  Obvious examples include smartphones, the internet, and digital photography.  But there are so many other things – everyday items – that have seen tremendous improvements over the past several decades.  Think about the broom that your grandmother used, or your dad’s hammer when you were growing up.  Hammers and brooms have been around for as long as things have been dirty or needed to be hit.  But even in the last generation, their design has grown and developed with new materials, improvements, and adaptations.

The same can be said about faucets.  The amount of innovation that has happened in the recent past is staggering.  Let’s take a quick look at the Pecsara 360 Degree faucet by FRANKE to really understand the difference.  This faucet, in addition to its striking design and excellent water-consumption efficiency, also boasts:

Some things might have been better in “the good old days,” but after seeing what FRANKE has been doing in the world of kitchen fixtures, I would say faucets certainly aren’t on that list.